Free at last free at last, Thank Walt we are free at last.  Welcome to the exiting conclusion of surviving captivity in WDW.  In this episode, your favorite crime fighter and his sidekick venture out from their confines and explore what is left of the World.

Well, everything was left.  The guests had been given an all clear and informed that all the parks would be open at 0800 hours on Saturday.  The wife and I woke up, got ready, and headed to the monorail station of the Poly in hopes of getting to MK in time for the Welcome Show.  We were wrong. Of course the monorail was down and we had to take the bus.  We hopped a bus that arrived at 0740 hours.  “We can make it,” I thought happily to myself, but the detour into the Grand Floridian squashed those dreams.  Especially when the bus driver went out the wrong way and had to do some impressive acrobatics to free us. We arrived at MK a little after 8…along with 3/4 of Florida.  We did have a backpack and the wife sacrificed herself to stand in the bag line as I waited for her in limbo in the area between bag check and the main entrance for 27 minutes, and then made our way into MK.

Since I already snagged me a Joffrey’s from Captain Cooks, I was able to bypass that “other” coffee joint on Main Street and we booked it to Fantasyland.  Of course, no trip would be complete without a whirl on my favorite flying elephant and yours: Dumbo.  After that wonderful ride, we destroyed our fastpasses at Mine Train, Jungle Book and Splash Mountain.  Now what?  The park was packed and all the good fastpasses were gone by noon. My better half and I grabbed some lunch at the best QS in the Kingdom: Columbia Harbour House.  I enjoyed some fish and fries and she got something that wasn’t as good, and we made a game plan.  We had about a 4 hour gap between our Haunted Mansion fastpass.  Nothing good came to mind so we just started walking around.  Monster’s Inc. Laugh Floor had no wait, we tried it for the first time ever and enjoyed it.  Country Bears was free, haven’t done that ever.  Buzz was actually short and was a blast as usual (see what I did there?).  Somewhere during the wandering, I was able to grab a delicious turkey leg from the Frontierland Turkey Cart. Let’s go do Carousel of Progress.  I was excited and the wife was not.  It was my first time riding it in about 20 years and the first time for my lovely bride.  It was my dad’s favorite and he was always excited to do it.  We sat down with about 4 other guests.  The cast members didn’t even bother to tell us to move all the way down.  The attraction started with the familiar music and I sang along.  We took a trip through history and asked Cindy how she liked it. “I never want to that again.”  I was taken aback, but then realized that it had lost its power to bring folks in like it did when I was a youngster.  I also realized that I was just fooling myself and that COP needs something else.  I understand the history of it, and it was one of Walt’s.  However,  that’s some prime real estate right there.

After the depression of COP wore off, we headed over to Liberty Square for our dinner at Liberty Tree Tavern.  On the way we passed the new Muppets Show: The Muppets Present…Great Moments in American History.  I was worried that it wouldn’t fit in.  I was wrong.  It was as funny as my rotund butt riding Dumbo.  Good jokes, clean fun and Miss Piggy.  We then sat down for our meal at Liberty Tree.  This is one of the very few restaurants on property that we have repeated.  The comfort food will put you into a coma if you don’t stop (I had to tell the waiter to take the food away) and the service is exquisite.

We finished dinner at around 5:30 PM.  There was only one thing left to do, wait 3 hours for the Main Street Electrical Parade.  We needed to claim a spot and we found an excellent spot near Casey’s Corner.  We laid out or recently purchased beach towels from the emporium, sat down and I was able to lean against the lamp-post.

We waited, and waited and waited some more.  The crowds grew and I had a Lance Bass celebrity sighting while waiting.  How did I know it was Lance Bass?  I told the wife “that guy looks like Lance Bass,” and one of his cronies yelled out, “Hey Lance.”  I digress.  I didn’t sit in that one spot the entire time.  I walked around, grabbed some popcorn and drinks, got some goodies from the confectionary and waited. Now,  I am not complaining, this is my wife’s favorite thing in all of WDW and I wanted her to have a good time.  And, it was the last weekend of the Main Street Electrical Parade.

After what seemed like an eternity (3 hours), the music blasted and the parade started.  As usual, it was awesome.  I will miss this show but I know that something even better will replace it (hopefully). 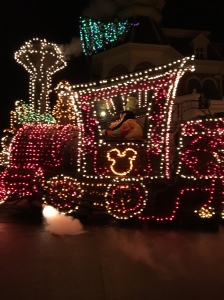 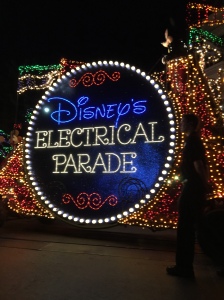 The parade ended, and so did our night.  There was no extra magic hours and we didn’t want to fight the Wishes crowds.  We exited the park and stared down a 2 hour monorail line or hour boat line.  I chose the lesser of two evils and we moseyed on back to the Poly just in time to catch Wishes.  Once the spectacular was finished the wife headed back to the room as I grabbed me several of my last Jai Alais for the trip.  The next day we awoke, left the bubble and took that magical 7 hour drive back home.

All in all, it was a decent trip considering the circumstances.  Looking back though, I believe that we should have canceled and rescheduled.  But how often does your anniversary fall on a hurricane landfall, and why not do it in Disney World. 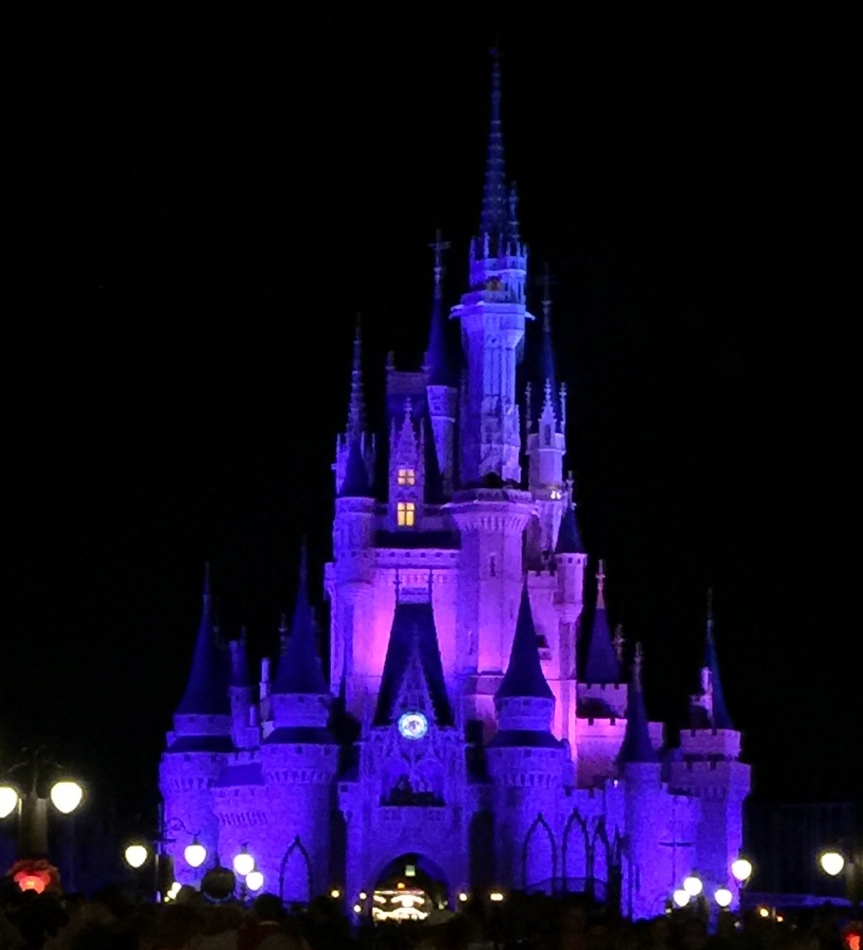 When I was in the Magic Kingdom at the time of our trip, there was no Joffrey’s Coffee kiosk in the park and I had to grab my coffee at the hotel.  However, the great folks over at Joffrey’s now have a kiosk in Tomorrowland at Rockettower Plaza Stage near Space Mountain.